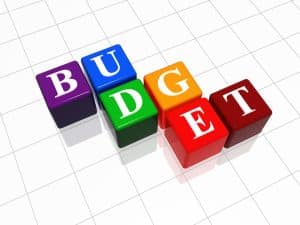 The Treasurer Joe Hockey delivered his first budget speech on Tuesday night, containing few surprises. The measures announced include increased ‘taxes’ in the form of a temporary levy for high income earners, tighter welfare rules, and wider cuts to education and spending.

Below is a summary of key announcements that you may affect you from a financial advice perspective. Please talk to your financial adviser for further details.

A three-year Temporary Budget Repair Levy will be introduced for high income earners from 1 July 2014 until 30 June 2017. The Temporary Repair Levy will apply at a rate of 2 per cent on taxable income in excess of $180,000 per annum.

A number of other tax rates that are currently based on calculations that include the top marginal tax rate will also be increased in line with the Temporary Budget Repair Levy from 1 July 2014. An exception applies for fringe benefits tax (FBT), which will be increased from 47 per cent to 49 per cent from 1 April 2015 until 31 March 2017 to align with the FBT income year.

The Government has announced changes to the treatment of excess non-concessional contributions (NCCs).

Excess NCCs made from 1 July 2013 will be able to be withdrawn, along with associated earnings

Final details of the policy will be settled following consultation

The Government announced another revision of the proposed increase to the superannuation guarantee contribution rate:

The Age Pension qualifying age will progressively increase further from age 67 from 1 July 2025, until it reaches age 70. This measure will not affect people born before 1 July 1958.

Income used to determine eligibility for the Commonwealth Seniors Health Card (CSHC) will be extended to include untaxed superannuation income from 1 January 2015. Account based income streams held by CSHC holders before 1 January 2015 will continue to be assessed under existing rules.

The Seniors Supplement will be removed for CSHC holders from 20 September 2014.

The Government has confirmed it will proceed with a new Paid Parental Leave scheme that will provide six months of paid leave, including superannuation, from 1 July 2015. However, the payment threshold is proposed to be reduced from $150,000 per annum to $100,000 per annum.

The Government has confirmed it will proceed with a new Paid Parental Leave scheme that will provide six months of paid leave, including superannuation, from 1 July 2015. However, the payment threshold is proposed to be reduced from $150,000    per annum to $100,000 per annum.

The 2014-15 Budget is set against an economic outlook that is characterised by the Australian economy’s transformation as it moves from growth led by investment in resources projects to
broader-based rivers of activity in the non-resources sectors. This is occurring at a time when the economy has been growing below its trend rate and the unemployment rate has been rising.

Overall, the Australian economy is forecast to grow only slightly below trend with the household sector expected to continue to respond to historically low interest rates and wage flexibility
supporting employment growth.

It is acknowledged that the fall in the A$ over 2013 is also assisting the economy’s transformation, but further falls would help support more rapid rebalancing of the domestic economy.

Importantly, nominal GDP growth is expected to remain well below its 20-year average over the forecast period, largely reflecting further declines in terms of trade and subdued domestic price growth. Nominal GDP is forecast to grow by 3 per cent in 2014-15 and by 4.75 percent in 2015-16.

While the government’s 2014-15 Budget strategy, which revolves around a far-reaching program of fiscal consolidation will likely support business confidence, it is expected to have a negative impact on households. That said, the government is clearly placing its faith in a more incentivised business community to generate employment and to underpin domestic demand.