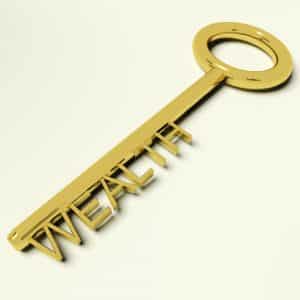 On 15 September 2015 Malcolm Turnbull was sworn in as Prime Minister, signalling a new era for the Liberal leadership and this may lead to a different approach to the issue of housing affordability.

There could also be a fundamental shift in the way the government addresses economic issues, with the Turnbull government set to be “a thoroughly Liberal government committed to freedom, the individual and the market.” At the heart of Turnbull’s economic ethos is the concept of a ‘free market’, encouraging competition wherever possible.

Despite low interest rates, the rate of home ownership for those under 65 is declining, along with wages growth.

With the median house price in Sydney now at $1 million, housing affordability is an issue felt by many Australians, particularly those in urban areas. While the previous treasurer, Joe Hockey, was in favour of first home owners dipping into their superannuation as a solution to the growing affordability divide, Turnbull clearly stated in March 2015, when he was still a senior cabinet minister, “It’s not what the superannuation system is designed to achieve.”

Housing Affordability a Supply Side Problem

He has expressed his position on the broader issue on several occasions, “Housing affordability is a big issue in Australia but, as we have demonstrated over many studies over many years, this is a supply side problem.”

This sentiment is echoed by the new Treasurer, Scott Morrison, who has indicated that while low interest rates and increasing population have kept demand for housing high, he wants to address the issues on the supply side of the equation. With a focus on improving the competitiveness and efficiency of the housing sector, the areas that he has indicated he is set to reform include building development, approval processes and other regulatory constraints in the construction sector.

This issue is not new ground for Morrison. As Minister for Social Services he argued for affordable housing to ease the growing levels of homelessness and demand for government-assisted housing.

Another area that impacts the demand side is taxation policy and, in particular, negative gearing and capital gains tax. However, both Turnbull and Morrison have remained silent on this issue to date, leaving a question mark over whether these policies will be looked at in their reviews.

Regardless of which areas they prioritise, for all existing home loan customers and those considering buying their first home, this will be an area to watch with interest.