You are here: Home / Mortgage / The Federal Budget – what it means for you 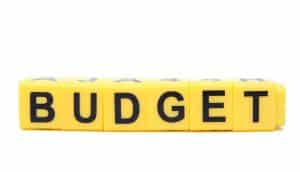 On Tuesday 13 May, Joe Hockey announced the new Coalition Government’s first Budget; Stating that their aim is to reduce the federal deficit. If all their proposals pass both Houses of Parliament, the deficit will fall from its current $49.9 billion to $29.8 billion next year. It will then fall to a deficit of $2.8 billion in 2017-18.

Introduction of a Budget ‘Deficit Levy’ of 2% on people with income over $180,000pa, raising the top marginal tax rate from 45% to 47%. They have stated that this is a temporary levy over three years and will commence 1 July 2014.

From 1 July 2015 there will be a $7 charge for each currently bulk-billed service. This will be capped at 10 services per calendar year for concessional patients and children under 16.

An increase of $11.6 billion in funding for new infrastructure projects will open up access to development of new dwellings.

There is no change to negative gearing.

Despite rumours leading up to Treasurer Joe Hockey’s announcement, the family home was excluded in pension means testing.

Although there are some measures in the Budget that will remain unpopular with the electorate, the overall assessment is that the property market should remain buoyant despite the cuts.