You are here: Home / Investing / A softer outlook for 2015 but investment property still hot 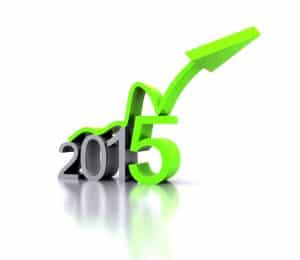 Australia posted only moderate economic growth in 2014. A sustained weakness in terms of trade, a reduction in income growth and ongoing political issues took a toll on consumer sentiment. However, there seemed no limit to investors’ appetite for real estate, with all sectors of the market showing considerable gains and the investment property market going from strength to strength. So what can we expect in 2015?

The Reserve Bank of Australia (RBA) kicked off 2015 by reducing the official cash rate to 2.25 per cent – the first change in monetary policy since August 2013 and one of the most intensely anticipated decisions for some time. Speculation continues as to exactly when interest rates will begin to track upwards again, but in any event it seems unlikely that we’ll see a dramatic lift upwards in borrowing costs for either owner occupied or investment property any time soon, with economic conditions expected to remain soft.

In his statement on 3 February 2015, RBA Governor Glenn Stevens said that in Australia, the available information suggests that growth is continuing at a below-trend pace, with domestic demand growth overall quite weak.

“Overall, the Bank’s assessment is that output growth will probably remain a little below trend for somewhat longer, and the rate of unemployment peak a little higher, than earlier expected. The economy is likely to be operating with a degree of spare capacity for some time yet,” Mr Stevens said.

Broad consensus is that economic growth will remain soft in 2015. Investment bank Goldman Sachs’ chief economist Tim Toohey has forecast gross domestic growth for 2015 of just 2%, while Westpac has predicted growth of 2.5%.

According to the latest CoreLogic RP Data Home Value Index, the annual rate of home value growth in Australia peaked at 11.5% across the combined capitals over the 12 months to April 2014, prior to the rate slowing to 7.9% in December 2014.

Houses performed better than units over the calendar year, with house values gaining 8.4% compared with a 5.1% increase in unit values.

“Based on the median price across the combined capital cities, houses are attracting a $100,000 premium over apartments,’” said CoreLogic RP Data research analyst Cameron Kusher.

CoreLogic RP Data expects property values will continue to increase in 2015, at least across the combined capital cities. However, the rate of investment property capital gain is likely to continue to soften.