You are here: Home / Loans / Are first home buyers suffering from an affordable housing shortfall? 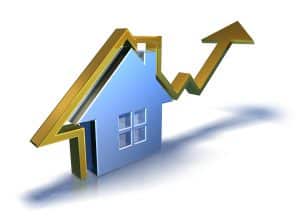 There’s been a lot of talk over the past few years regarding the affordability of housing across Australia for first home buyers, particularly in major cities such as Sydney and Melbourne. There is truth to this – interest rates are at a record low of 2.25%, which encourages investors to enter the property market, thus bumping up prices.

In a recently released report, the IMF revealed that Australia has the third least affordable housing prices in the world, behind Belgium and Canada. This is fantastic for people who’ve owned a house for many years – not so good for those who are yet to enter the market. However, government’s across the board recognise the need to make sure that housing is affordable now and in the future.

In fact, the Commonwealth Government’s Intergenerational Report has highlighted that over the next 40 years Australian housing prices will grow at 2.8% per annum. So, what’s being done about it – and if you’re a first home buyer, what can you take advantage of?

Many people think that the only way is up. A recent surge in building approvals was boosted by a strong lift in apartment blocks and townhouses. This increased by 19.6% in January, while the 12 months leading up to January saw approvals lifted 23.6%.

Demographer Bernard Salt has stated that a change in housing developments is required for the coming decades, with more emphasis on inner city high-density apartments. “While low-skilled factory work retreats and evaporates from the suburbs, forcing today’s Australians to change, if not to question, the model of their metropolitan lives.” He states. “Why would you live in the sparse, lifeless and frankly naff suburbs when you could choose to live amid the – vibrancy and the opportunity of all the inner city has to offer?”

In the future, there will most likely be more high-density accommodation in ‘pockets’ of living, where people can work and live close-by. This won’t be right for everyone – you may be cringing right now with the thought of it – but new generations will become more used to this fact and adapt accordingly.

The need for assistance from both State and Federal Governments has been acknowledged for some time now. The Intergenerational report cites the need for an increased spend in infrastructure, including roads and public transports, while governments are think-tanking how to allow first home buyers to step into the property market.

The Federal government is currently looking at a variety of options. Although investors are being blamed for first time buyers being frozen out of the market, most people believe that pulling back negative gearing is off the table. However, there are a range of other options being floated around such as the ability to access superannuation in order to raise money for a deposit, or the possibility of being able to pay off stamp duty over a fixed term.

But local governments need to be part of the solution as well for first home buyers, ensuring infrastructure is maintained and the proper checks and balances on building application approvals are set, including an increase in aged care as large segments of the population nears the twilight years.

No one has a crystal ball, so the truth is so-called experts can only make suppositions as to what the future holds for affordable housing.

So if you or anyone you know is tearing their hair out, there are three simple recommendations for first home buyers, save as much as you can, do your homework and be flexible with the locations you’re looking at. Once you’re in the property market, the only way is up.