You are here: Home / Mortgage / Are Home Loan borrowers better off now than we were in the 1990s? 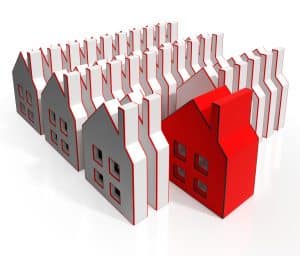 According to the experts, 2014 will be a happy new year for Australian home loan borrowers. Even though our mortgages are bigger than they were in the 1990s, we’re still all better off.

Even though home loan sizes have gone up, repayments as a proportion of income were 42% in 1990, compared to the current 36%. That means that today you can buy higher quality housing for less than you could before.

Housing affordability is high partly because interest rates are very low with the average standard variable rate at just 5.95% compared to 17.5% in 1990.

Favourable interest rates and a growing population may mean that waiting to buy will leave you behind. Many expect housing prices to continue to rise, so if you get in soon, your house might be worth more in a few years.

JP Morgan economist Tom Kennedy thinks the statistics are “representative of strength in the housing market and the continual demand for property”.

The Australian Bureau of Statistics released their housing report on 10 December 2013, which showed that home loans grew 1% and total dwellings rose 4.1%, both seasonally adjusted for October.

“With interest rates low, population rising and housing affordability still attractive, housing is best placed to take over the leadership role from mining as the nation’s key economic driver,” Mr Savanth said in a note to clients.

There’s never been a better time

Imagine how hard it was to afford a home loan in the 1990s, when official interest rates climbed to 17.5%. With a strong housing market and the highest affordability in years, it’s never been a better time to buy. So, what are you waiting for?