You are here: Home / Property / Buy, Sell or Wait: When to make your Property Market Move 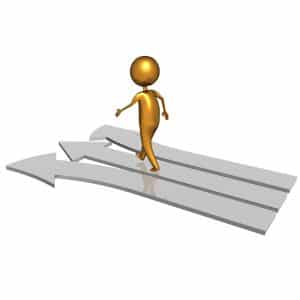 As we approach the end of the year, the so-called ‘property bubble’ identified by some commentators remains, though there are signs the property market could be easing. In Sydney and Melbourne, demand remains strong and housing prices continue to rise, but it’s a slightly different story in some other states, such as South Australia, and particularly in the resources-dependent regions of WA and the Northern Territory.

However, recent figures from the Australian Bureau of Statistics indicate the housing boom may be slowing – at least for now. Investor interest in recent years is largely what has pushed housing prices so high in Melbourne and Sydney, but the ABS figures suggest the growth of property investors – who now comprise around half the total housing finance market – may have peaked.

This may be partly due to Australian banks recently introducing new interest rates for property investors, along with other tougher application requirements. The move is expected to counter their dominance in the residential property market, so conditions could become increasingly favourable for owner-occupiers.

When is the right time to buy and sell?

Australians are more property savvy than ever before, but predicting the ideal time to buy and sell is always tricky. The best time to sell depends on many factors – and since the decision to sell is often based on lifestyle changes, the timing might not coincide with ideal market conditions. Selling in a market of high property prices may seem smart, but if you intend to buy a new home at a similar time you’ll probably also pay more for your new property.

If you’re concerned about selling in a buyer’s market, before you decide to hold off until the market picks up, check the interest rates. If rates and property prices are low, and you need to buy a new property, this could work in your favour. If you wait until the prices rise, you’ll also be buying in a seller’s market.

Spring has traditionally been considered the best season to sell, but because this is the most popular time, you’ll face more competition, which can affect your selling price.

Ultimately, the right time to sell and buy depends on numerous property market factors, including the area you live in, the property itself, the current market and your circumstances. It can pay to talk to an expert to discuss the timing that best suits you.