You are here: Home / Fixed Rate / Is Now the Right Time to Swap your Mortgage to Fixed Interest Rates? 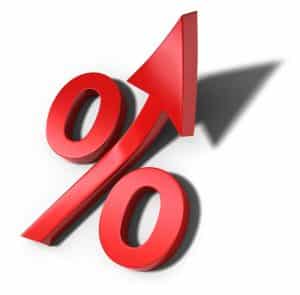 With economists predicting rate rises this year, is now the right time to move your mortgage to a fixed rate.

The best thing to do is fix when rates are at a low level, some people make the mistake of only fixing after interest rates have been up for a while and they find they are locked in at the top. Right now we’re either at or close to the bottom of the interest rate cycle so it does make sense to lock in a relatively low interest rate.

Fixed rates are extremely competitive at the moment, if you are looking to fix your home loan, then now is a good time to do so. The next interest rate move is more than likely to be up; they are probably as low as they are going to be.

If you own investment property and are getting a good yield, then now could be a good time to lock that yield in, with a 3 to 5 year fixed rate.

The number of borrowers locking in fixed rate loans is at a six-year high but borrowers need to weigh up more than just a headline rate, the Reserve Bank (RBA) has been cutting the cash rate since November 2011, and it is now at the historically low 2.5 per cent.

However, when choosing a mortgage it’s important to compare beyond interest rates, and ensure you compare the fees and charges associated with the various loans to make a true comparison.

And whilst mortgage exit fees on variable rate loans were banned in July 2011 most fixed rate loans often come with a ‘break fee’ to exit the loan before the end of the fixed term and they often restrict customers from making any extra loan repayments.

You could also elect to fix only a portion of your home loan with a split rate combination home loan, fixing 50% and leaving 50% on the variable rate, getting a bit of the best of both worlds.

Borrowers looking to fix their loans should look around at other financial institutions not just their current lender as there are some good deals on offer.

Rates are arguably going to rise from here at some point in the future. But our variable rates at the moment are so competitive, it might be the case you feel more comfortable in a variable rate. Do whatever you feel most comfortable with. If you do need some surety around your finances then now would be a good time to for you to choose to swap to fixed interest rates.