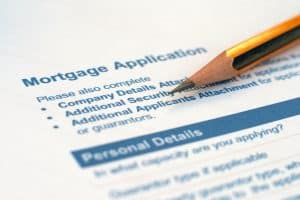 Updates from all our panel lenders over the past month show there is a definite trend of fixed interest rates rising, and borrowers should now start factoring in the potential for rates to increase and base all home loan mortgage decisions accordingly.

Borrowers should now be preparing for the likelihood of higher mortgage rates in the future and ensure that they can comfortably afford to service their home loan if  rates do increase to near the historical average of around seven per cent or even higher.

Evidence suggests that in excess of over 150 fixed home loan interest rates rose between September and early November this year, including more than 50 in one two-week period.

It is now evident that there is an established trend for an increase in fixed rates for terms of three years or greater, though rate movements in fixed rates do occur differently to variable interest rates, the trend is definitely to longer term fixed rates rising.

It should be noted that one and two year fixed interest rates have remained fairly stable, with one-year fixed rates as low as 4.44 per cent.

Lender competition in the one and two year fixed rates area is extremely high and while they are also subject to the same market forces as longer term fixed interest rates, the are a lower risk tactic for lenders to offer headline grabbing interest rates to attract new customers.

In most cases fixed interest rates revert to the lenders standard variable rate option, with no rate discount, at the end of the fixed period, unless you have taken out that lenders Professional Package. So it pays to do your research when looking into a fixed rate home loan, not only do you need to consider your position today but also what will happen at the end of the fixed rate period.