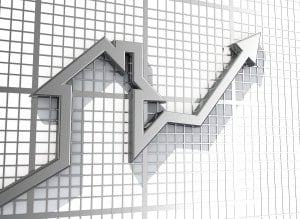 This year has certainly proven that Australians’ love affair with property runs deep. While buying and selling activity has dropped off somewhat in the cooler months, all indications are that the property market across much of the nation has remained relatively strong.

For the first time in 12 months, dwelling values across the country’s capital cities showed a slight softening, dropping 1.9 per cent in May, according to the RP Data-Rismark Home Value Index. It attributed the softening to seasonal factors and more moderate market activity.

“The month-on-month fall in capital city dwelling values is likely due in part to seasonal phenomenon, but may also be indicative of a broader trend towards cooler housing market conditions,” said RP Data Research Director Tim Lawless.

Mr Lawless added that ‘the softening may have been an early indication that the market could be at or near the peak of a growth cycle’. However, a report published by research house BIS Shrapnel predicts that momentum in property price growth will continue across the capital cities into 2014/15.

According to the company’s Residential Property Prospects, 2014 to 2017 report, tight markets and low interest rates have been the catalyst for the strength in the Sydney, Melbourne, Perth and Darwin markets over the past 12 months, as well as an emerging upturn in Brisbane. In the other capital cities, low interest rates have helped to support stronger purchaser activity, if not stronger price growth.
BIS Shrapnel Senior Manager and author of the report, Angie Zigomanis, said that although prices have been rising in many capital cities, affordability remains sufficiently attractive to maintain further price growth for now.

The notable performance of the property market is in contrast to relatively subdued broader economic conditions. Although the National Accounts showed Australia’s economy grew by a better-than-expected 1.1 per cent in the March quarter, expectations are that economic growth will remain below trend throughout the remainder of the year.

The subdued state of the economy is largely the result of Australia’s adjustment to the slowdown in the mining and resources sector. As this slowdown continues, new home sales and exports are expected to help drive the economy forward.

As we move into spring, interest rates remain exceptionally low and unlikely to climb too far upwards any time soon. In its monetary policy statement in July, the Reserve Bank of Australia Governor Glenn Stevens said monetary policy is appropriately configured and that the most prudent course ahead is likely to be a period of stability in interest rates.

If you feel now is the time to break into or expand your presence in the property market contacting your mortgage broker could well prove a very smart move.