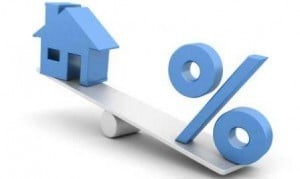 The Reserve Bank of Australia has indicated that we are in a ‘period of stability’ by leaving interest rates on hold during their monthly meeting this afternoon. The current cash rate sits at an historic low of 2.50%.

Indeed, the RBA has gone on record as stating that global economic conditions have ‘evolved broadly as expected’. In Australia, this has led to an improvement in levels of consumption, housing investment, a surge in job advertisements and better business conditions.

Housing growth on the back of low Interest Rates

Speaking of housing, the market continued to show signs of growth last month. According to RP Data, overall growth in Australia’s eight capital cities for 2013 was 10%. As well, the RP Data report for their January ‘Nine Rewards Housing Market Sentiment’ survey shows that 76% of those surveyed think now is a good time to purchase a home.

ANZ’s head of Australian Economies Justin Fabo states that “we are encouraged by the pick-up in housing activity, consumer spending, business conditions and signs that job ads are slowly increasing.”

As the housing market is ‘all systems go’ and interest rates are at historically low rates, this may be the perfect time to consider your options. As usual, we are here to help so please feel free to give us a call.