You are here: Home / Interest Rates / What were the major indicators for the economy in 2014 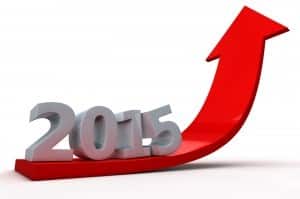 2014 delivered an assortment of economic data and forecasts, some positive and others not so positive, but as we move into 2015, the overarching view is that Australia’s economy remains relatively healthy and the envy of many of our international counterparts.

Both consumer and business sentiment dipped and climbed over the year. The Westpac-Melbourne Institute Index of Consumer Sentiment, for example, plunged 6.8 per cent in the aftermath of the Federal Budget but gained ground between June and August, rising by 5.9 per cent. But the Index recorded another surprising dip in September, dropping by 4.6 per cent from 98.5 to 94.

Similarly NAB’s diffusion indicator for business confidence jumped to a post-election high in July, lifting to 11 points from 8 points in June, then dropping back to its June level again in August. This points to some ongoing uncertainty in the outlook for business conditions, but the index is well up on its 2013 levels.

On the employment front, indicators were equally inconsistent, with the national unemployment rate dropping from a 12 year high of 6.4 per cent to 6.1 per cent in August, the largest monthly improvement on record. However, this followed a spike in the unemployment rate just one month earlier. The ANZ Job Ads series was slightly less erratic, gradually strengthening over the course of the year and was up 8 per cent for the year to August.

The property market remained a hot spot to be across much of the country in 2014. The Australian Bureau of Statistics reported that there were $28.6 million of housing finance commitments in July 2014 – an 18.2 per cent increase on the year prior. Even the cooler months of winter couldn’t dampen demand for property. According to the August RP Data CoreLogic Hedonic Home Value Index, capital city dwelling values moved 4.2% higher over the three months to the end of August, the strongest capital gain over the three months of winter since 2007.

Australia’s economy continues to grow, albeit at a more sluggish pace, despite a slowdown in China, the end of the mining construction boom and ongoing uncertainty for the global economic outlook.

An economic outlook released by BIS Shrapnel in September forecasts the economy to operate at below full capacity over 2014/15 with a pick up and gradual return to long-run average growth to come through in 2016. Of course, the upside of slower economic growth is low interest rates, which are expected to remain low for some time.