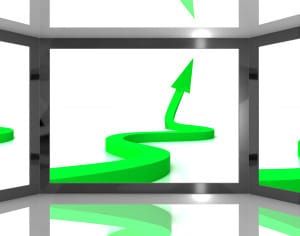 While 2013 saw home loan interest rates hit an all-time low and the construction sector struggle, 2014 is looking positive with residential construction recovering and the interest rate easing cycle coming to an end.

According to predictions from the Housing Industry Association (HIA), the residential construction sector recovery is well underway and should continue in 2014.

“The improving level of dwelling commencements achieved in 2012/2013 will be consolidated in 2013 before moving up a further leg in 2014/2015,” HIA senior economist Shane Garrett said.

The association’s quarterly National Outlook highlights the revival of the residential construction industry since its trough in 2011.

According to the report, Queensland is set to be the strongest contributor to the sector’s rise. The data suggests New South Wales and Western Australia will maintain current high levels of housing starts into 2014, with an annual increase of 11.1 per cent for NSW and 8.5 per cent for WA.

While residential construction is just gearing up, the cutting cycle for interest rates appears to be at an end as the Reserve Bank of Australia (RBA) waits to determine the full effects of recent cuts to the economy.

According to Glenn Stevens, RBA governor, the easing in monetary policy that has already occurred since late 2011 has supported interest-sensitive spending and asset values. The full effects of these decisions are still coming through, and will be for a while yet.

“The pace of home loan borrowing has remained relatively subdued overall to date, though recently there have been signs of increased demand for home loan finance by households. Housing and equity markets have also strengthened further – trends which should in time be supportive of investment,” Mr Stevens said.

“We can now expect an extended period of holding from the RBA before a rise in 2014.”

“The reason fixed interest rates are up is because bond yields are going up – that’s a sign we’ve hit the bottom … The ideal time to fix has passed,” Mr Oliver said. “But there’s still plenty of great deals out there. We’re not going to see fixed interest rates leap all at once ‐ but if you’re planning on fixing your home loan, it’s something to look at sooner rather than later.”