You are here: Home / Property / Home Improvements That Can Pay Off 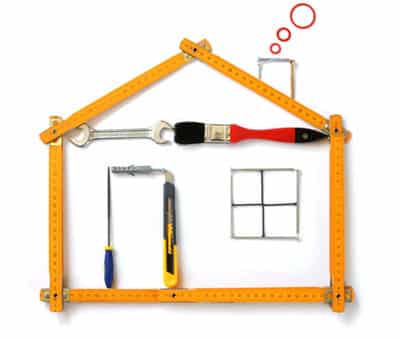 In today’s housing market, some home improvements pay off by increasing the value of your home, while others will do little to improve its resale value. Generally, updating the kitchen and bathrooms are always a good investment, it is these improvements that are seen to yield the highest rate of return.

The kitchen tends to be the most important room in the house. The average payback on improvements to the kitchen can be 80%  with costs ranging from $15,000 and up. Some good ideas: new tile flooring, new cabinetry, updating appliances to new energy-efficient models.

Bathroom renovations can yield a return of about 85% to 90%, with costs starting around $10,000. Adding a new bathroom returns around 80% to 85% – even higher if you only have one bathroom to start with. And since many home buyers today won’t consider a home with less than two full bathrooms, adding a second bath can make your home significantly easier to sell. Some good ideas: double sinks, tile floors and new bath fixtures and taps.

Other Improvements That Pay Off

There are some improvements (adding a swimming pool for instance) that rarely pay off. These home improvements are fine if you and your family will enjoy them, but keep in mind that they rarely increase the value of your home. In some cases, they can even make your home more difficult to sell.

You should also avoid making too many expensive home improvements that increase your home’s value beyond what is customary for your neighbourhood. You don’t have to cut corners, but owning the most expensive home in the street can be an obstacle to resale.

One last piece of advice, don’t get too fancy. Everyone’s tastes are different, so choose neutral colours and materials that appeal to a broad range of people will make it easier when it comes time to sell.