You are here: Home / Interest Rates / Inflation remains within target – Interest rates to remain on hold 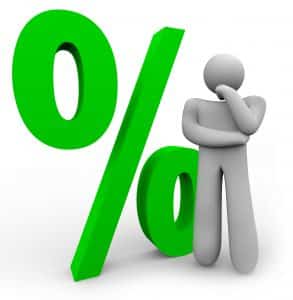 Inflation figures released by the ABS on April 23 favour the RBA maintaining interest rates at their current levels when the board meets tomorrow afternoon in Sydney.

The Australian Bureau of Statistics reported that the Consumer Price Index (CPI) rose 0.6% in the March quarter 2014, following a rise of 0.8% in the December quarter 2013.

The tobacco price increase was caused by the federal excise tax rise from 1 December 2013 as well as the March 2014 biannual indexation based on the ABS’ Average Weekly Ordinary Times Earnings (AWOTE) rate.

Education prices have risen with the commencement of the new school year.

Interest rates to remain on hold

There have been concerns that inflation would broach the RBA’s threshold 3 per cent mark during March, giving the RBA no choice but to increase interest rates, but theses figures will have eased concerns somewhat.

Some economists now predict the official cash rate will remain low for some months to come, these results are great news for the residential construction industry and will help the recovery continue.

This latest inflation data will confirm the RBA’s April position that it is prudent to maintain interest rates at record low levels.