You are here: Home / Investing / The investment property market is hot – don’t get left in the shade 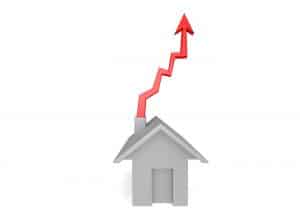 This summer is expected to be a hot one for the investment property market. With many economists predicting the official cash rate to remain low for some time, this summer could be a great time to consider a property purchase.

Following the Reserve Bank’s 15th consecutive month holding the official cash rate at 2.5% in November 2014, Ninemsn Finance reported it was widely expected a rise in rates would not now come until mid-2015.1

While still a strong growth prospect, these numbers are around half the rate at which prices grew for the 2014 financial year, indicating prices may present more value for buyers in the coming year.

Investment property proves to be a strong asset class

Over the years, well-selected investment property has certainly proven to be a strong asset choice, with values growing over time. Research by ASX and Russell Investments for example, recently showed that residential property delivered more steady gross returns over the 20 years to December 2013, compared to shares, returning 9.9 per cent per annum.

The current high demand for investment property is certainly highlighting the investment potential of real estate, recognised by investors across the country. But with strong demand, comes strong competition, so it’s important to be on the front foot when it comes to shopping in the property market this summer.